Terry Sharp Glass All About

Last month Hotbox Magazine went to the Denver Glass and Vape Show to interview the various glass artists and product companies that were there. While at the Glass and Vape Show, we stopped by the booth of Terry Sharp Glass. You can check out the article about the interview with Terry Sharp from the show here. After the show was over with and I got back home, I got on a phone call with Terry Sharp to get a deeper look into his skills and work as a glass artist. I learned some very interesting things.

Terry Sharp began glass blowing in September of 1997, this fall will equal 18 years of glass blowing for him, what an achievement! Terry basically self-taught himself glass blowing in the beginning, with some help here and there from a few blowers. Later in life Terry took glass blowing workshops, to educate himself more on what is out there. Terry is originally from and started in Indiana, since 1997 he has lived in Oregon and California. He now resides in Denver, Colorado. I asked Terry what made him decided to get into glass blowing, his answer is the band; The Greatful Dead. When Terry was still in high school, he would travel to as many shows as he could, his dad would let him travel to these shows, and what an experience it turned out to be! The exposure of traveling with the band and seeing the glass pipes, inspired him to one day become a glass artist.

I then asked Terry, what has changed in the industry since he started glass blowing in 1997. He says that there is a major advancement in colors and in glass tequniques. There is a lot more people involved, weather it be glass blowing, selling, or running a gallery. The industry is 10-20 times bigger than when it started. When I asked Terry if he had any advice to anyone who is thinking about attempting glass blowing his advice is to be patient, very patient. Expect broken glass and burns. He also thinks that it was a lot easier to become known as a glass artist if you started back in the 90’s, back then there was less competition. 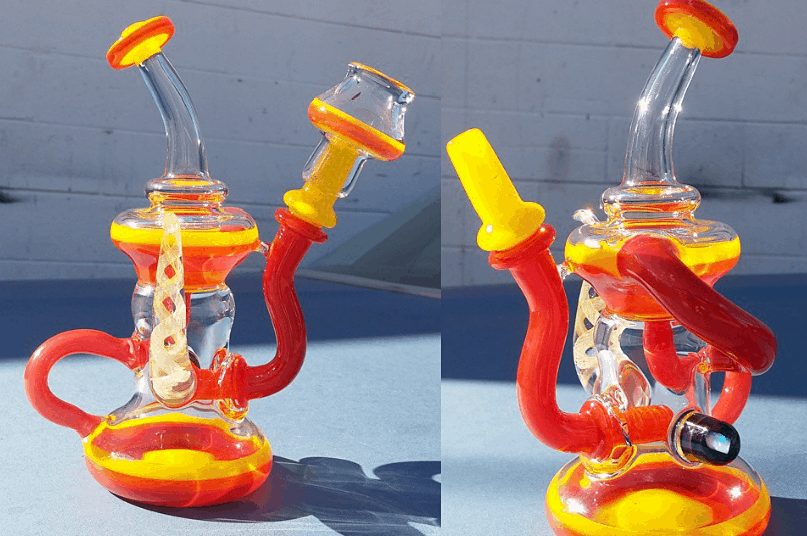 Lastly I wanted to know how Terry comes up with his glass. Does he sketch out a design on paper, or free hand it? He explained that he is a free-hand “swing it” artist. Basically gets an image in his head, along with colors and goes from that idea in his head. Terry states he’s never been very good at drawing and going off of what he sees on paper. 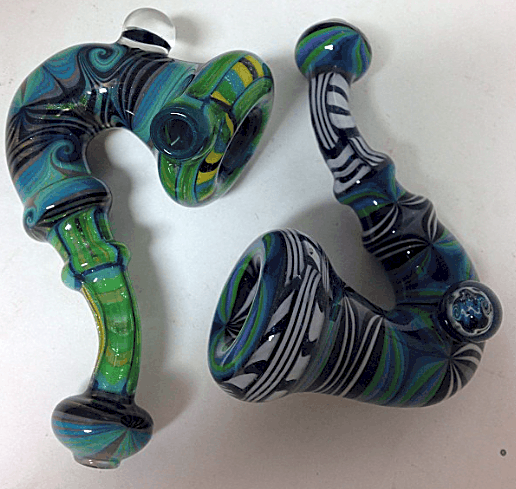