Every CBD consumer has asked themselves “what’s the best way to consume CBD?”. Whether it’s from the angle of maximizing the amount of CBD that enters your body or focusing on what will deliver the most medical effectiveness for your condition, this question has haunted consumers ever since the first cannabis extracts hit the market.

What is the Best CBD Consumption Method?

Vaping seems to be the go-to CBD consumption method suggested by medical marijuana doctors to new patients since it’s one of the healthier consumption choices. What about CBD edibles? CBD tea? Soda with CBD? Nasal CBD inhalers? CBD skin creams? Sublingual drops?  Are these just gimmicks whipped up by unscrupulous marketers riding the wave of demand for cannabis-based products, or does the delivery method really make a difference?

The answer is simple: delivery definitely matters. Each method has advantages and disadvantages. Whether the product you’re buying actually contains the amount of CBD the vendors claim is another matter, but for this article, let’s assume we’re talking about high-quality products like the ones you can order online from dispensaries.

To understand the benefits and drawbacks of each CBD consumption method, it helps to know a little about the study of pharmacokinetics, a branch of pharmacology focused on how the body absorbs and uses drugs.

CBD and Your Body

There are four major variables to consider when evaluating how a substance interacts with your body:

When developing new drug delivery methods, researchers have to figure out how the drug molecules respond during each step in this process.

What’s important to note before we dive in is that the individual matters, as seen by the metabolism variable above. Just because lab tests in a petri dish show the effectiveness of a particular chemical doesn’t mean that your body will allow the chemical to function the same way it did in the lab. It could very well be the case that your stomach acid totally counteracts the chemical and renders it useless.

Other individual factors play a role as well. “The pharmacokinetics and dynamics of cannabinoids vary as a function of the route of administration with absorption showing the most variability of the principal pharmacokinetic steps,” according to the October 2018 study in Molecules. “A variety of factors, such as recent eating (for oral), depth of inhalation, how long breath is held for and vaporizer temperature (for inhalation) all affect cannabinoid absorption, which can vary from 20–30% for oral administration and up to 10–60% for inhalation.”

Inhaling CBD as Smoke or Vapor

Unsurprisingly to veteran tokers, perhaps, inhaling CBD and its extracts as smoke or vapor is the most efficient delivery method, similar in effectiveness to intravenous injection. The effects don’t last as long, however, and different lung volumes and inhalation techniques from person to person make it difficult to dose the cannabis accurately.

The popularity of vaping cannabis has initiated a huge proliferation of vape products. For example, CBD Juul Pods are increasing in popularity due to their compatibility with the sleek and discrete Juul device and the fact that they are non-psychoactive. Since the vapor is released based on a direct lung inhale, devices like this make it slightly easier to control dosing. 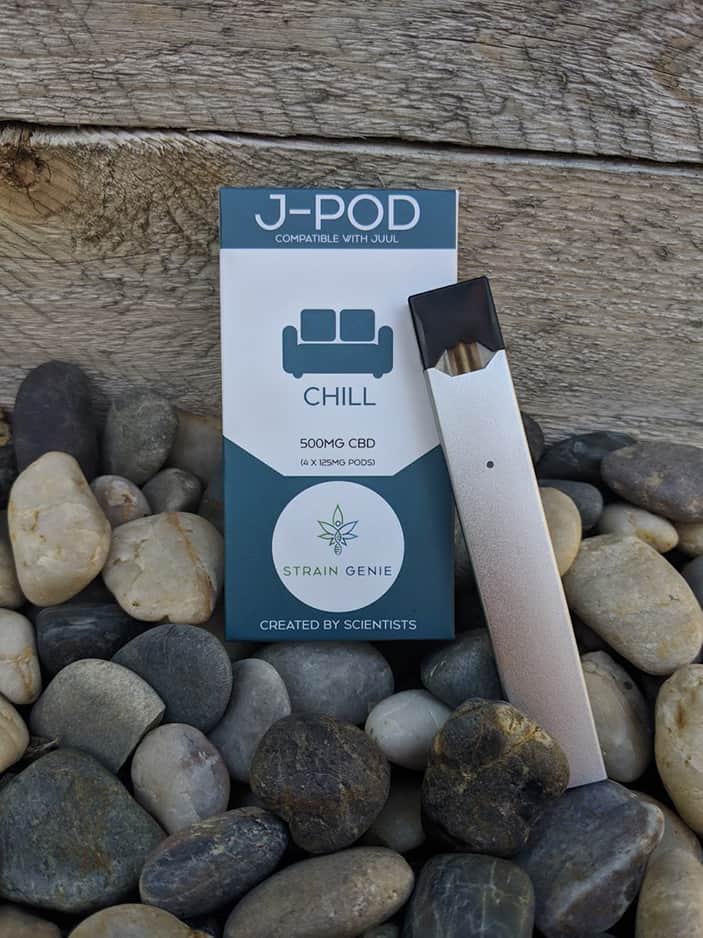 “These pharmacokinetics (rapid onset, short time peak effect, and intermediate lasting effects) occur because first passage metabolism is avoided and are thus virtually impossible to replicate with the oral administration of cannabis or cannabinoids,” the study states. “The major limitation of inhaling is the variability in inter-patient efficiency that is caused by differences in inhalation techniques, respiratory tract irritation during inhalation, etc.”

Pharmaceutical companies are working on devices for inhaling cannabis that can exactly measure the dose. For the recreational user, exact dose accuracy isn’t as important. Still, lung irritation can make smoking unpleasant for some people.

Nonetheless, it should be noted that vaping CBD at precise temperatures is the best way to ensure that the intended effects of the strain/product are realized. Vaping at the right temperature allows you to not denature (i.e. destroy) the cannabinoids and terpenes that are found in different strains and products, responsible for the entourage effect and all the different types of highs and medical relief that the plant can provide.

Dabbing CBD concentrates also falls into this category. Dabbing, at the right temperature, can allow for all the other cannabinoids and terpenes to effectively reach the consumer’s lungs without a need to combust plant material, which can sometimes have a negative carcinogenic effect. Dab enthusiasts often report an increased ability to tell the difference between taste and effect of the cannabis they are consuming. 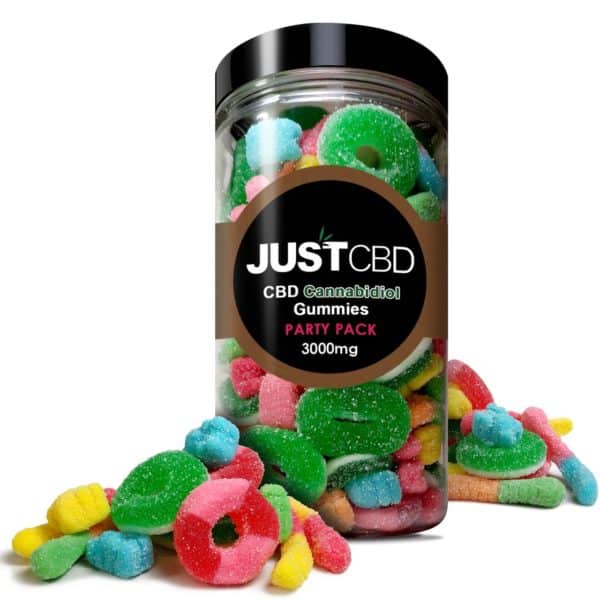 There are many advantages to taking medication orally. You can precisely manage the dose, you don’t have to worry about irritating nasal or lung tissue, and pills are portable and easy to consume.

With CBD extracts, however, it’s relatively difficult to deliver a dose at full strength. First-pass metabolism is a problem. Remember that hypothetical cancer drug from earlier? Stomach juices destroying the molecule is an example of the problems first-pass metabolism can present drug developers.

When taking CBD extracts in edible or pill form, first-pass metabolism is a big issue.

“Oils and capsules currently allow for more convenient and accurate dosing than juices or teas from the raw plant. Nevertheless, absorption is slow, erratic and variable,” the Molecules study states. 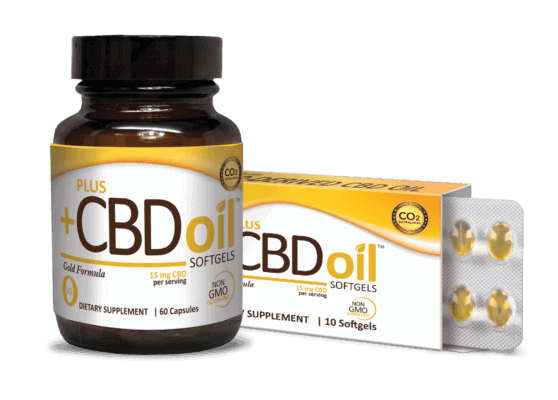 When you eat CBD edible products, your gastrointestinal system breaks out CBD early in the digestive process and sends it straight to your liver. Your liver metabolizes a bunch of it before it can get to the rest of your bloodstream and nervous system.

So, with edibles, teas, and other non-pharmaceutical methods of orally consuming cannabis, you’re losing a significant amount of CBD in the digestive process. Eating cannabis-based products certainly can be effective from a therapeutic and recreational standpoint. Anyone who’s felt a THC edible kick in right at the start of a Pink Floyd laser light show can tell you that. The drawback is you’re wasting a lot of CBD in the process of getting it into your bloodstream through your gastrointestinal tract.

But sometimes you want to deliver CBD directly to the gut. Cannabinoids — the general name for the chemicals in marijuana that interact with your neurological endocannabinoid system to produce its effects — have proven effective in calming the symptoms of various irritable bowel disorders like Crohn’s disease.

To accomplish this, drug developers have lots of tricks. They include changing the drug molecule slightly to make it harder to break down in the stomach or binding the drug up in an emulsifier that doesn’t release the drug molecules until further along in the digestive process.

Further complicating the story, some genetic predispositions can make an individual 30% less effective at breaking down CBD. As such, users with such genes could experience much higher and longer highs that end in lethargy for days to come. That’s why consumers looking to optimize their consumption on a personal level should first consider a cannabis DNA test to identify the right products for their body.

Another delivery route is through the mucous membranes in the mouth or nose.

“Intranasal delivery is superior to IV injection because it is a non-invasive pain-free treatment that can improve patient compliance,” according to the Molecules study. “The development of a nasal formulation of CBD could potentially aid in the treatment possible breakthrough pain and nausea attacks.” 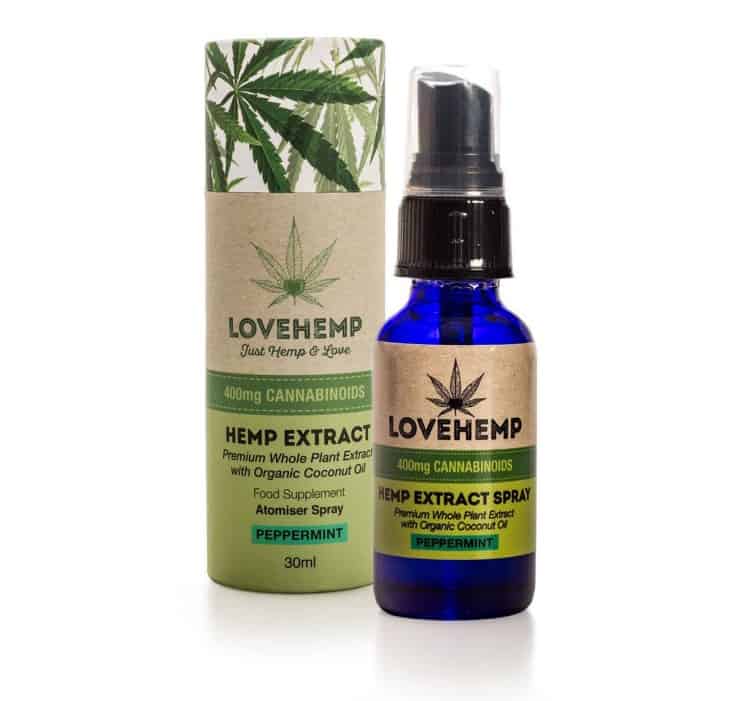 Nasal and oral sprays have the advantage of delivering cannabinoids directly into your bloodstream, bypassing the liver’s first-pass breakdown of the chemicals. Pharmaceutical companies are working to develop more trans-mucosal, cannabis-based medications, especially for pain and neurological issues.

CBD has shown promise in treating a variety of skin conditions. As with many of the potential medical uses for cannabis, in-depth effectiveness studies are hard to find because weed has been illegal for so long.

Rodent studies have shown rats with flaky dermatitis in their ears were able to clear it up with CBD gel. Other rats who scientists bred to have knee arthritis showed reduced joint inflammation when treated with the topical gel. Furthermore, the topical gel worked better than even the rats given oral CBD preparations.

The effectiveness of topicals is due to the fact that humans have CB2 receptors in their skin. This allows the cannabinoids applied to the skin to rapidly bind to those receptors and provide their therapeutic relief. 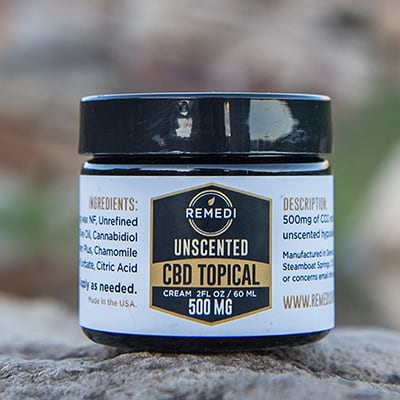 Judging by brain activity monitoring, cannabinoid preparations didn’t get the rats high. If you’re looking to party, skip the topical creams. If you’ve got arthritis? There’s no good scientific proof it helps in humans yet, but there’s no evidence it hurts, either. However, a study published in the journal Rheumatology showed how cannabis is able to fight inflammation. It revealed that arthritis patients with front arthritis had an abnormally higher rate of CB2 receptors in their joint tissues.  Cannabis works by fighting inflammation through activating these CB2 receptors, so it’s a small leap of scientific faith to say that cannabis topicals are effective.

Some lotions or creams pair the active ingredients with other pharmaceutical ingredients that make the skin more permeable (e.g. DMSO) or help the cannabinoid molecules pass through the hair follicle and pores more easily.

Researchers have also experimented with transdermal patches to deliver cannabinoids — the same kind of setup used for nicotine patches or opioid patches. These are ideal for neuropathic pain and inflammatory conditions that require a long, low, continuous administration of cannabinoids. 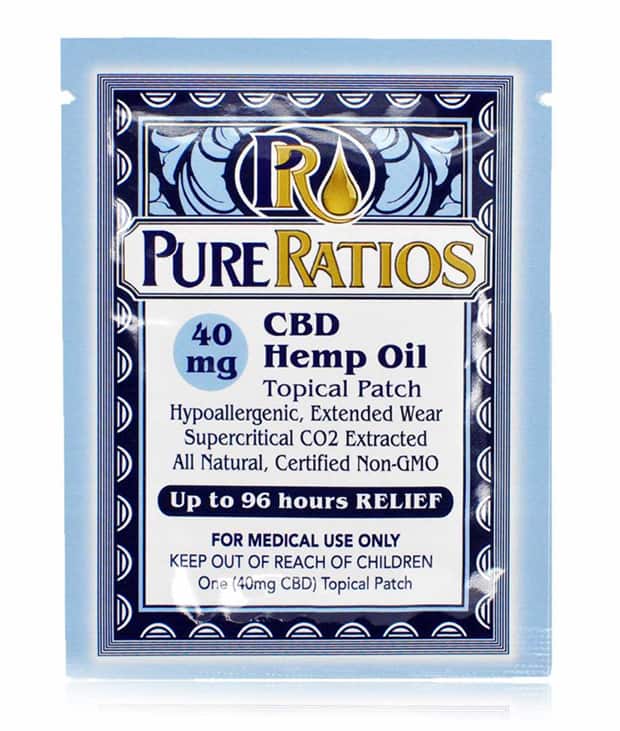 Both lotions and patches avoid first-pass metabolism, which is an advantage compared with the oral route.

What about CBD nano-encapsulation and nano-emulsification?

Imagine a million microscopic robots in tie-dye colors and tiny Grateful Dead bumper stickers propelling their way through your bloodstream, each with a tiny bag of CBD to deliver to your system, cell-by-cell.

That’s not how nanotech delivery systems for CBD-based pharmaceuticals work, but it would be way more fun if it were. Actually, drug developers throughout the pharmaceutical industry use nanotechnology all the time. Pharma researchers aren’t building tiny robots yet, but they’ve developed a number of different molecular packets that help deliver drugs to where they’re needed in the body. 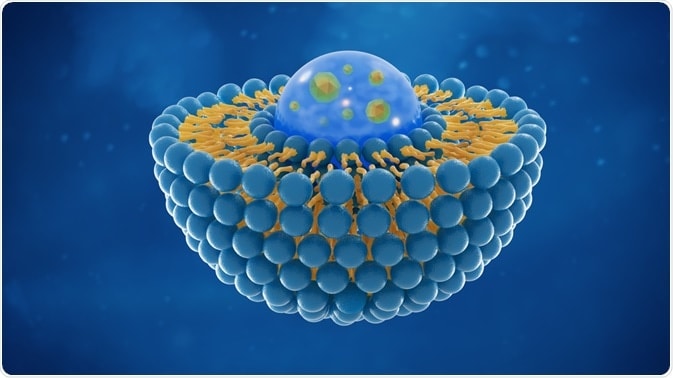 For instance, because CBD and other cannabinoids are lipophilic, or fat-soluble (as opposed to water-soluble or hydrophilic), researchers have tried wrapping them up, molecule-by-molecule, in a bigger, cholesterol-based molecule. This helps save the cannabinoid from stomach acid and makes it harder for the liver to break down, making sure more of the drug survives first-pass metabolism and makes it to your bloodstream.

Nano-tech molecule packets for drugs, including CBD, can also help clinicians time the release of drugs based on how long it takes the body to break down the packet and absorb the attached drug molecule.

“Nanotechnology is indeed a promising approach that may bring cannabinoids closer to clinical use,” according to the Molecules study. “Nevertheless, additional evaluation is required if the cost-effectiveness and long-term safety of nano-delivery systems is to be improved.” 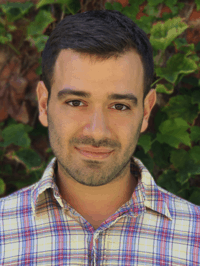 Author Bio: Nicco is the co-founder and CEO of Strain Genie. He received his Ph.D. in Cognitive Neuroscience from UCLA, where he focused on using machine learning and neuroimaging to predict the efficacy of treatment regimens. He is passionate about helping to bring personalized medicine to the cannabis industry.